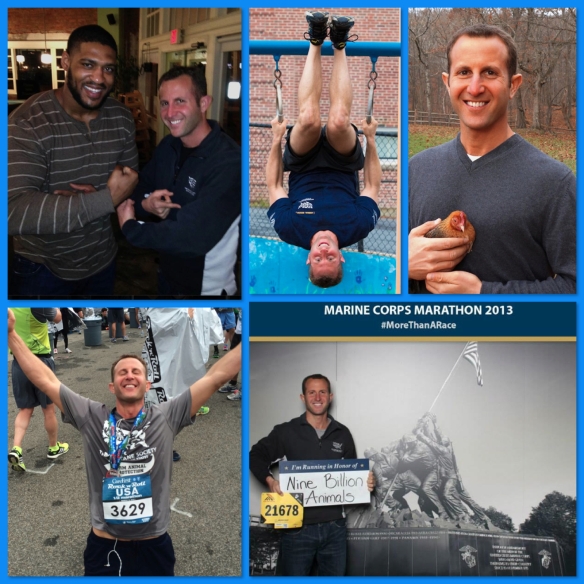 Wanna know where Paul Shapiro Gets His Protein? Wonder no longer!

He may take second in a gun show with Oakland Raiders Defensive Lineman (and vegan!) David Carter (Paul’s the one on the right in the photo at the upper left), but suffering from a protein deficiency he is not. Check out this exclusive interview with Vegan Grand Rapids to learn more about what fuels this Überactivist’s daily efforts to go for the gold (spoiler alert: lentil soup directly from the can).